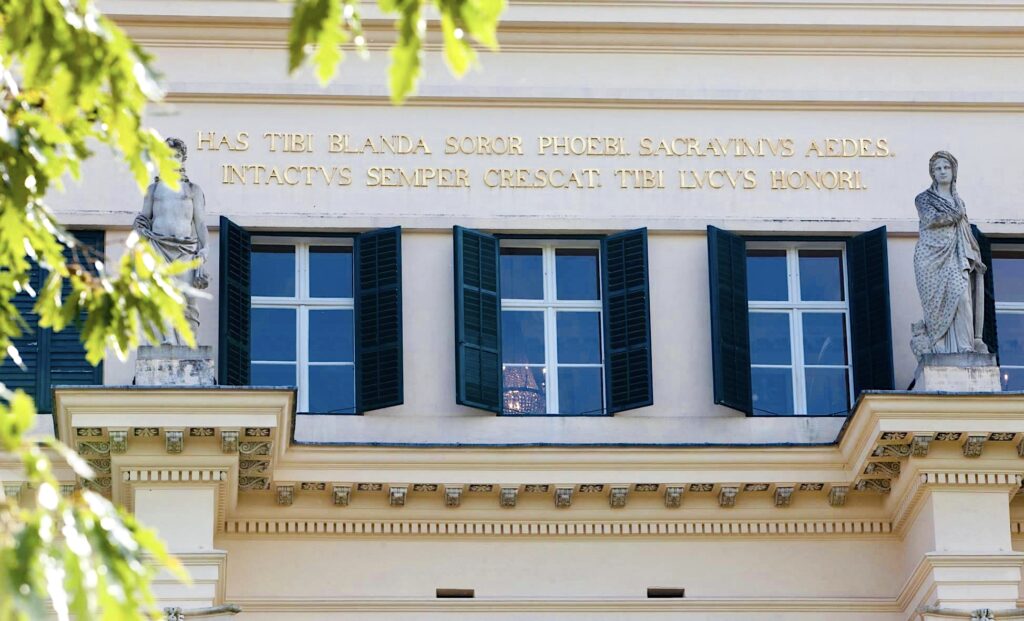 Significance of the Artistic Decoration on Temple of Diana – Rendez-vous

Undoubtedly, Lednice-Valtice area is a landscape marked by many hunting lodges. One of them is Hardtmuth’s Temple of Diana – Rendez-vous near Valtice. Built between 1810 and 1813, its design deliberately imitates the Roman triumphal arches. There are also celebratory inscriptions to be read on the south: “To Diana, the goddess of the hunt, and her worshippers, Johann I Joseph, Prince of Liechtenstein 1812.” 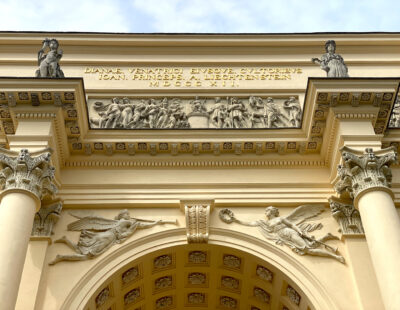 On the north: “To you this house is dedicated, O shining sister of Phoebus, and may untouched the forest continue to grow in your honour.”

Four allegorical figures of the daytime. Relief decoration by a Viennese sculptor Joseph Klieber (same as the other buildings) tells the most famous stories about this virgin goddess.

The first circular relief on the south side depicts Pan apparently teaching the little Apollo to play a reed pipe called syrinx.

Pan flute also known as syrinx is a wind musical instrument (aerophone). It consists of reed, cane, bamboo or wooden pipes arranged in a single line The instrument is sounded by blowing on the edges of the whistle holes. According to Greek mythology, Pan, the god of shepherds and flocks, plays the flute. 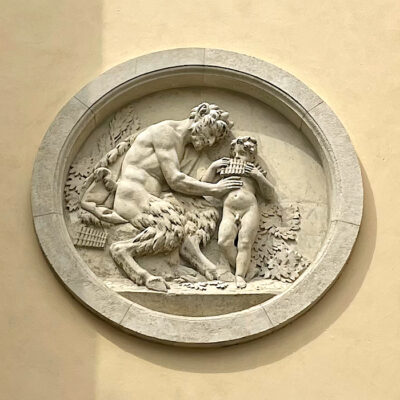 The second circular relief depicts Diana resting and holding a silver bow, followed by her dog. 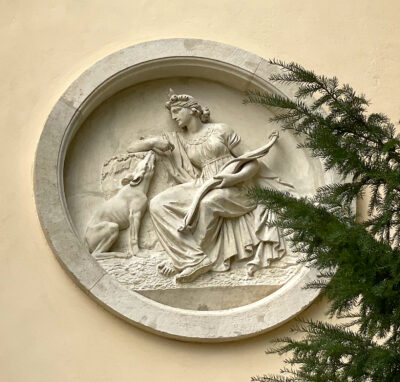 On the north side, you can find resting god Apollo holding a bow in his hand and followed by a faithful dog as well. 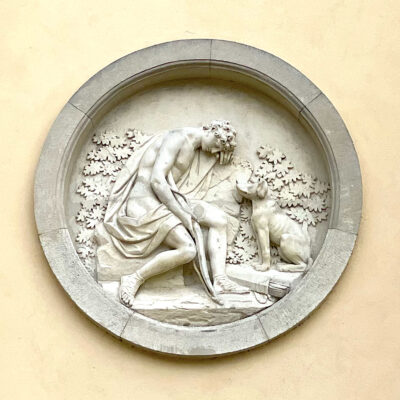 Aulos is the ancestor of today’s oboe. Throughout the musical history, it was the most important wind instrument of the Greeks, playing a role in almost every segment of their culture as religious ceremonies, musical competitions, theatrical performances or private celebrations, feasts and funerals. 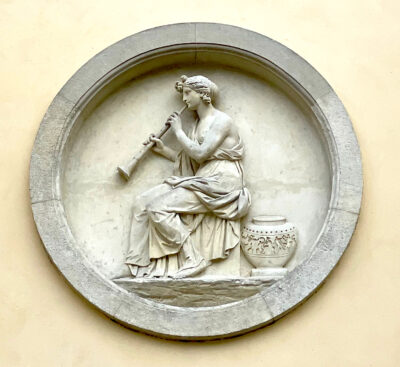 However, one of the messages of the castle is to recall perhaps the three most important mythological stories associated with Diana. On the southern side, it is possible to admire the ongoing hunt for the Calydonian boar, a terrible creature sent by the goddess Diana to the vicinity of the Greek city of Calydon to punish King Oeneus for forgetting to offer a sacrifice. The king’s son Meleager wanted to put an end to the boar’s rampage, thus announced a hunt to which Greeks from all over Greece gathered. The whole fable ends tragically – with the death of all the heroes, not because of the boar, but because of human vanity and pride. 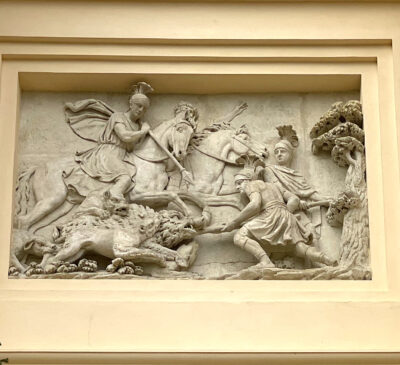 The second relief shows the story of Actaeon being torn apart by his own dogs. Actaeon – being an excellent hunter – once saw Diana bathing. As a result, the angry goddess turned him into a stag so that he could not boast of having seen her naked. As we know, he was subsequently mauled by his own pack of hunting dogs. 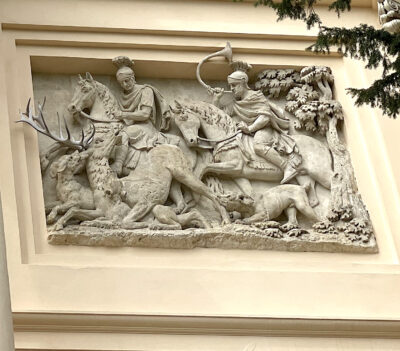 Klieber carved the beginning of this story in the form of bathing nymphs (another relief on the northern side), covering the naked Diana from the inquisitive starring of the Theban hunter. 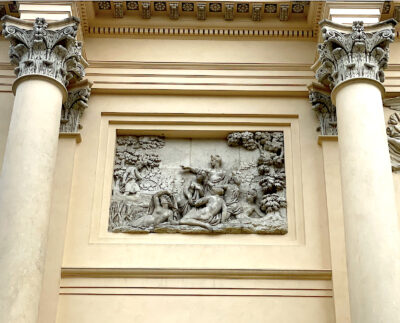 The third story, depicted in the fourth and final relief, is a hunt of Arcas for the she-bear into which his mother Callisto was reincarnated. Callisto was the most beautiful girl of Arcadia and one of the most beloved companions of the goddess Diana. But when she lost her virginal purity to the highest of the gods Jupiter (Zeus), angered Diana turned her into a she-bear. After the years, when she was on the verge of death by the hands of her own son Arcas, Jupiter took her to the heavens as a star (Ursa major, also known as Big Dipper or Plough). The hunting theme is also present in the relief in the central part of the building. 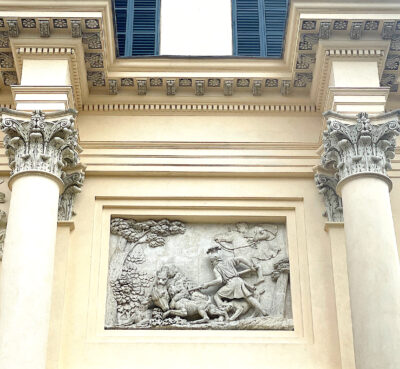