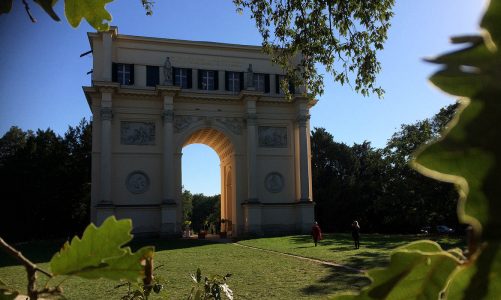 After the sudden death of Prince Alois I Josef of Liechtenstein in 1805, his younger brother Jan I. Josef inherited the family estates.  Jan I. Josef Liechtenstein, amongst other things, had participated in the Battle of Austerlitz. Prince Jan I began construction of Temple of Diana – Rendez-Vous.  It was built in 1810-1813 by Architect and Royal Construction Director, Josef Hardtmuth. Following his retirement from royal service in 1812, the new temple was completed by architect Josef Kornhäusel. Supervision of construction was entrusted to Josef Poppelack, a sculptor from the workshop of the Viennese sculptor Josef Klieber.  The painted decoration of the halls is the work of Michael Rober. The relief decoration references ancient mythology. Each story has a connection with Diana, the Godess of Hunting, and by extension, her brother – the sun god Apollo. 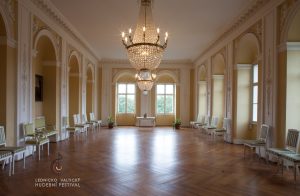